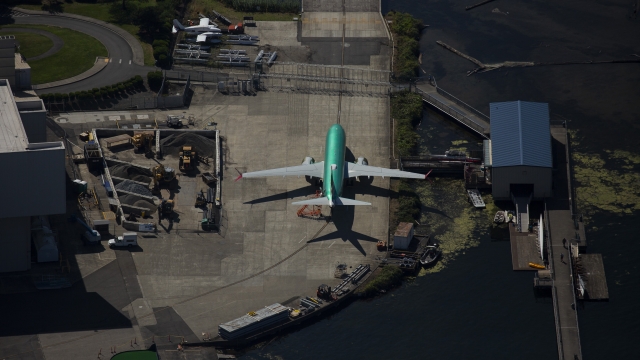 Federal investigators say some senior FAA inspectors who looked at the Boeing 737 Max aircrafts were "under-qualified." That's based on whistleblower accounts from earlier this year.

The Boeing 737 Max was involved in two crashes that left 346 people dead: one Lion Air flight in October 2018 and an Ethiopian Airlines jet in March. The 737 Max has been grounded since the March crash.

These findings go against statements the FAA made in the spring about the competency of its inspectors and pilots. The FAA said inspectors had their own "specific training requirements." But the investigation reportedly found these inspectors didn't understand certain procedures or the flight-control system that's been connected to those deadly 737 Max crashes.

The findings were released not long after Boeing announced it would compensate the families of victims of both crashes.

An FAA meeting on Monday did not clarify when — or if — the 737 Max will be allowed to fly again.