Investigators Charge 4 Suspects With Murder In Downing Of MH17 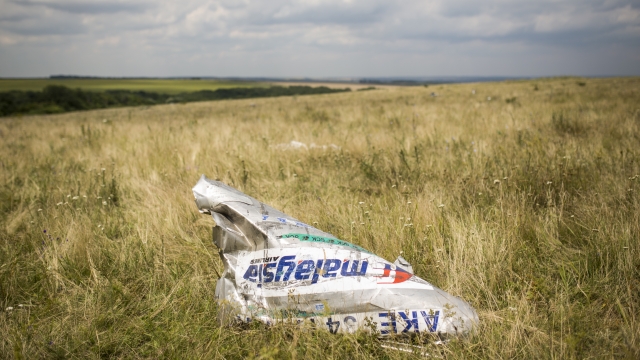 SMS
Investigators Charge 4 Suspects With Murder In Downing Of MH17
By Caitlin Baldwin
By Caitlin Baldwin
June 19, 2019
Malaysian Airlines Flight 17 was shot down over eastern Ukraine in July 2014 killing all 298 people on board.
SHOW TRANSCRIPT

International investigators are charging four men with murder in the downing of Malaysian Airlines Flight 17. All 298 people on board were killed when the plane was shot down over eastern Ukraine in July 2014.

A report from our partner Bellingcat identified those separatists for the first time, linking them with the transport of the Buk missile to Ukraine, and the removal of the weapon after the attack on MH17.

The criminal trial is set to begin in March 2020. Investigators say they will move forward with the trial even if the suspects are not present. And that will more than likely be the case. Prosecutors say they won't ask for extradition, since Ukraine and Russia don't extradite nationals.