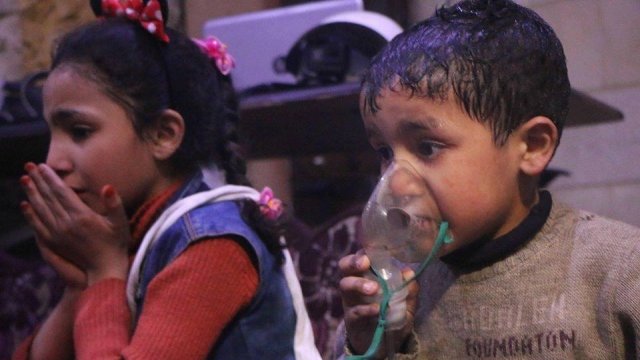 The Organization for the Prohibition of Chemical Weapons' investigation into an alleged chemical weapons attack in Syria is off to a rough start.

The director-general of the organization said Wednesday it sent a security team to Douma to conduct reconnaissance before sending investigators to the scene of the suspected attack.

But the director-general said the team was shot at during the visit and that it's unclear when investigators will be deployed to the site.

Russian officials say the attack was staged. World leaders from the U.S., U.K. and France say the Syrian government is responsible. And U.S. officials are reportedly concerned that Russia might have tampered with the site.