Russian Hacking Is Creating A Fissure Between Trump And Some Lawmakers 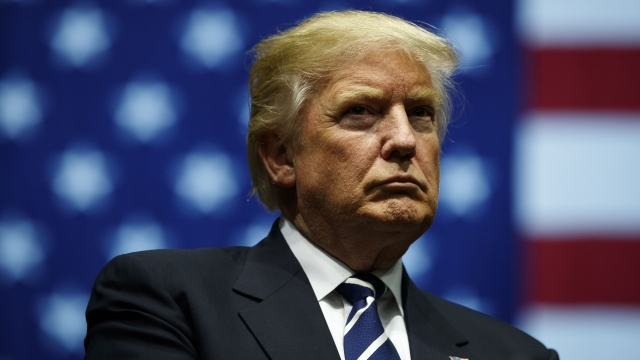 Investigating Russia's hacking is turning into a bipartisan effort.

As more evidence leaks that Russia might have not only intervened in our presidential election, but did so to make sure Donald Trump was the winner, there's a bipartisan effort to get to the bottom of it.

"I think we ought to approach all of these issues on the assumption the Russians do not wish us well," said Senate Majority Leader Mitch McConnell, R-Ky.

But the effort's missing at least one important man.

"I think it's ridiculous. I think it's just another excuse. I don't believe it," Donald Trump said on Fox News.

SEE MORE: Some Electors Want A Briefing On Russian Hacking Before They Vote

This is all in response to reports the CIA has identified people connected to the Russian government who hacked emails from Democrats and gave them to WikiLeaks. And a bipartisan group of senators, including Republican John McCain and Democrat Chuck Schumer have called for an investigation.

"Facts are stubborn things. They did hack into this campaign, and they did it, I think, with at least some effectiveness," McCain told CBS.

But the president-elect and his staff have blasting the intelligence community. And for a pretty obvious reason.

If another country goes out of its way to tip the presidency one way or another, that calls into question the legitimacy of whoever is elected. And that's something the Trump camp can't seem to let go.

"We need to get to the bottom of this in a fair, nonpartisan, non-finger pointing way. This is something that should unite Republicans, Democrats, conservatives, liberals, patriots," Schumer said.