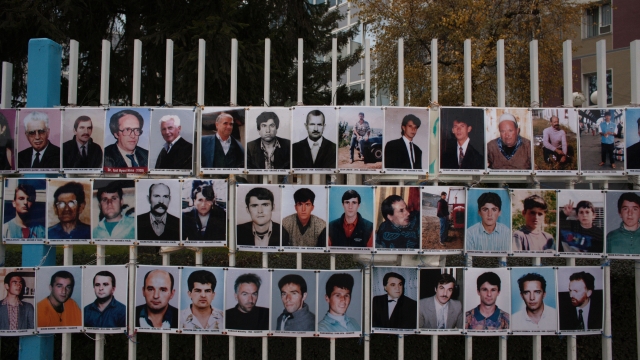 Should U.S. foreign policy be guided by interventionism or non-interventionism? It's debatable and has been since our founding. In his farewell address, George Washington wanted no part of international ties: "It is our true policy to steer clear of permanent alliances with any portion of the foreign world." But the U.S. didn't become a lonely island.

History has shown that alliances can lead to intervention. For instance, when NATO decided to intervene in the Kosovo War in 1999 which centered on ethnicity, religion and politics. NATO jumping into the fray meant the United States would be involved.The intervention debate usually focuses on a few pivotal questions and the answers are rarely — if ever — black and white.Is there a direct threat to the United States? U.S. intervention in the Kosovo War was opposed by some critics based on the argument that the U.S. had no direct stake in the conflict. 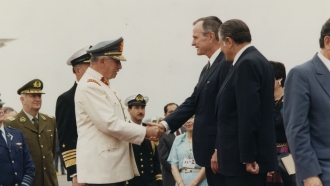 When The US Decided The Future Of Latin America

Then you have the "Domino Theory," which was the basis for intervening in Vietnam. The argument went like this: If one country in Southeast Asia became communist, so would another, and another across the whole region. The question that raised, of course, was whether a communist Southeast Asia would pose a direct threat to the United States and what qualifies as a threat. Is there a moral obligation to intervene? The ethnic cleansing in Kosovo was a primary justification for NATO intervention, with the U.S. in tow. Famine and suffering in Somalia led to U.S. forces being deployed to protect U.N. aid workers in 1992. A year later, 18 U.S. soldiers were killed and 84 wounded in a 17-hour battle later depicted in the movie "Black Hawk Down."

The real answer to the intervention versus non-intervention question can usually be summed up in two words: "it depends." When it comes down to it, U.S. presidents have routinely chosen to intervene abroad in many conflicts, and the debate rages on.