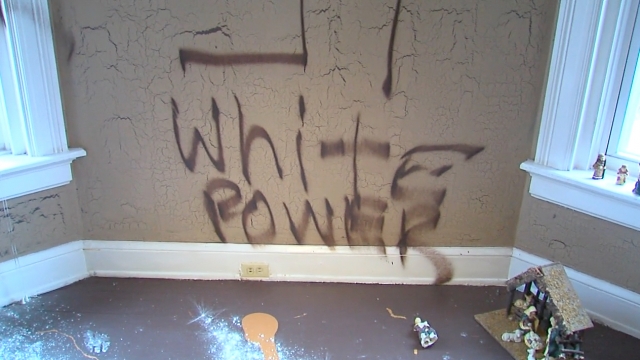 It's still really hard to be an interracial couple in the U.S.

This Cincinnati couple's house, which they rent out, was trashed and vandalized with pro-Nazi graffiti.

The family is raising money to fix the house through their GoFundMe page.

"Who would have that much hate in their hearts to take that much time to do this?" said Joe Jude, the father.

"I am deeply disturbed by the act of hatred perpetrated against this family," Cincinnati Mayor John Cranley said in a statement. "Racism and bigotry are not and will not be tolerated in this city. This crime is not only an attack on an innocent family, it is an attack on our values."

Six years ago, their biracial son killed himself after a teacher and classmates bullied him.

"We got through that," said Pat Jude, the mother. "You never get over it, but then you come in here, and it's the same kind of stuff."