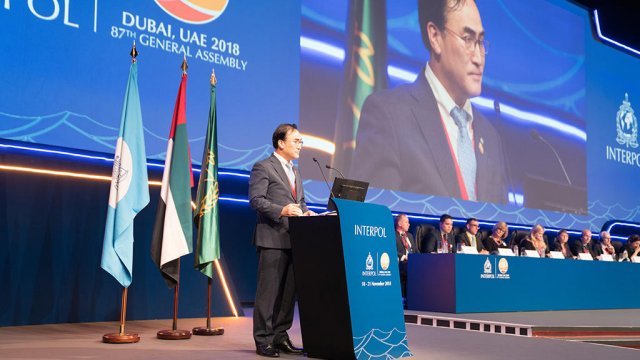 Interpol officially has a new president.

Kim said in a statement after the election, "Our world is now facing unprecedented changes which present huge challenges to public security and safety. To overcome them, we need a clear vision: we need to build a bridge to the future."

The decision was a bit surprising, considering Russian Maj. Gen. Alexander Prokopchuk was the frontrunner for the position.

But Prokopchuk wasn't exactly popular among the U.S., Britain and other European nations. Many worried he would continue to let Moscow abuse Interpol's power, if he was elected.

Interpol's previous leader, Meng Hongwei, resigned in October after being arrested in China on corruption charges.