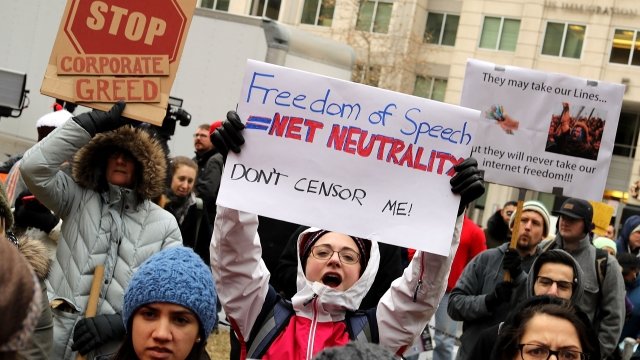 Trade groups representing the likes of Google, Amazon and Facebook are asking a federal appeals court to reinstate net neutrality.

On Monday, the trade groups filed a brief with the U.S. Court of Appeals for the District of Columbia. They reportedly pledged support for a lawsuit against the FCC's repeal of net neutrality.

The lawsuit, which was filed earlier this year by a group of nearly two dozen state attorneys general, argues the net neutrality rollback was "arbitrary and capricious."

Net neutrality, a set of regulations adopted in 2015, barred internet service providers from throttling traffic and mandated they treat all web content fairly and equally. The FCC voted to repeal major parts of it late last year and put its new "Restoring Internet Freedom" rules into effect in June.

The trade groups' filing comes on the heels of a similar brief by other internet companies like Mozilla, Vimeo and Etsy.