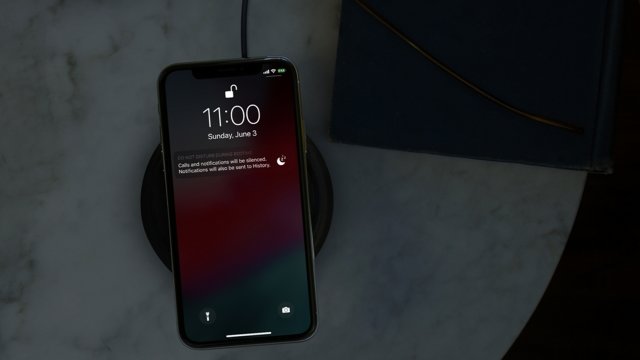 SMS
Apple's Tools To Manage Screen Time Are A Step In The Right Direction
By Lindsey Theis
By Lindsey Theis
June 5, 2018
One expert says Apple's new digital health apps are a start, but they might not be enough for those addicted to the internet.
SHOW TRANSCRIPT

Can you rely on your phone to keep you from getting addicted to your phone? Apple thinks so. The iOS 12 update will come with new features to curb smartphone use.

"I encourage everyone to look and make an informed decision and ask themselves if they're picking up their phone 10 times an hour or 20 times an hour ... maybe they could do it less. But I think the power is now shifted to the user," Apple CEO Tim Cook told CNN.

Apple's new features will include a new activity report, showing how much time you spend on a device. It also includes a new "do not disturb" option that blocks notifications at bedtime and a way for parents to lock kids' phones during specific times of the day. Google unveiled similar tools on Android last month.

These tools could be useful because almost everyone in the U.S. age 12-29 uses the internet these days. Daily smartphone use among adults has jumped 105 percent over five years — from about an hour and a half in 2012 to nearly three and a half hours in 2017. But one expert thinks someone truly addicted to their phone might need help beyond what comes bundled on their device.

"That's definitely a step. I wouldn't want somebody to think a quick techno fix is the same as therapy," Dr. Kimberly Young, founder of the Center for Internet Addiction and Recovery, told Newsy.

Young has been studying internet addiction since 1995. To her, internet, smartphone and video game addiction all have a common thread: addiction to screens. She says apps that get you thinking about less screen time is a start, though.

What can you do if you're not sure you qualify as a constant clicker or someone with an internet addiction? Young has authored three tests parents, consumers and clinicians use. They cost between $50 and $85. There's also a free quiz based on her work online from the Italian Center for Internet Use Disorders.