What Will Happen When The International Space Station Crashes 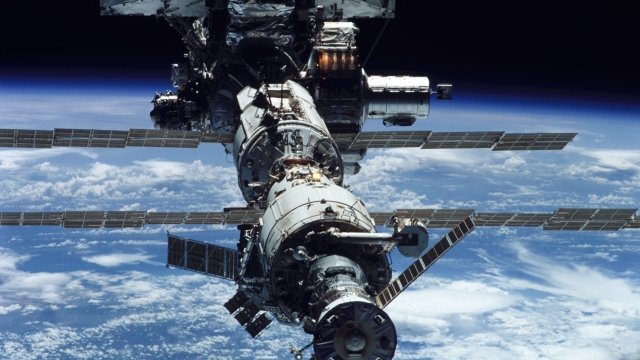 You can think about the demise of China's first space station as a dress rehearsal for an even bigger show. At some point, the International Space Station is going to come out of orbit, too.

But unlike China with Tiangong-1, NASA should be able to decide where and when the ISS comes down. In an ideal scenario, Houston will still be in control of all the station's systems. The plan is to dock unmanned vehicles and use their engines to slow the station until it falls into the atmosphere.

There won't be any controlling the station once it starts disintegrating from re-entry, but if that first step goes right, mission planners can forecast a specific landing zone instead of the huge area of uncertainty Tiangong got. NASA hasn't committed to a spot yet, but it will be somewhere over open ocean so debris doesn't threaten anyone.

And there will be lots of debris — the most ever returned to Earth at once, in fact. It could be one of the most spectacular fireballs we ever get a chance to see. 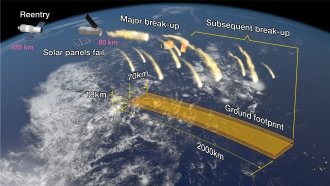 That's because the ISS is the largest thing humans have ever built in space. It's as wide as a football field and weighs close to a million pounds. NASA expects a whole lot of it will survive the plunge and end up at the bottom of the ocean.

But it won't happen for a few more years, at least. Congress has funded ISS operations through 2024, and there's a good chance a commercial contractor could buy the station after that date. It doesn't necessarily have to come down until its parts start to wear out in 2028.