International Reaction To The Taliban Takeover In Afghanistan 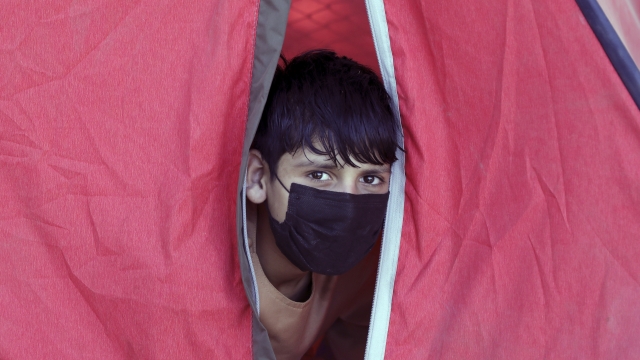 SMS
International Reaction To The Taliban Takeover In Afghanistan
By Alexandra Miller
By Alexandra Miller
August 16, 2021
More than half a dozen countries who joined the United States' invasion 20 years ago are also dealing with the fallout.
SHOW TRANSCRIPT

Shock and horror. The reaction inside the United States — and around the world as the Taliban take over Afghanistan.

"It's sad. The west has done what it's done," said British Defense Secretary Ben Wallace. "We have to do our very best to get people out and stand by our obligations and 20 years of sacrifice - is what it is."

More than half a dozen countries who joined the United States' invasion 20 years ago are also dealing with the fallout. Wallace fought back tears as he talked about getting Afghan allies out.

"Some people won't get back," he said.

The U.K.'s ambassador to Afghanistan is personally staying behind to sign visas to help expedite the process.

Wallace says there are no plans to "go back" – but the U.S. ambassador to the United Nations, Linda Thomas-Greenfield, warned the Taliban to allow both Afghan nationals and the international community to leave the country safely.

"President Biden has made it clear that any action that put U.S. personnel or our mission at risk will be met with a swift and strong military response," she said.

And U.N. Secretary General Antonio Guterres is urging other countries to take in refugees.

"Now is the time to stand as one," he said. "The international community must be united and utilize all available instruments to ensure the following: First, we must speak with one voice to uphold human rights in Afghanistan."

The U.N. Security Council is calling for a new government – one that includes the "full, equal, and meaningful participation of women."

Meantime, Afghanistan's U.N. representative asked for a humanitarian corridor to help evacuate Afghan's most vulnerable. Thomas-Greenfield promised the U.S. will do just that.

She said, "We need to all do more and the time to step up is now."

Other nations, including Russia and China, are now engaging with the Taliban. Russian President Vladimir Putin says the Russian embassy is staying.