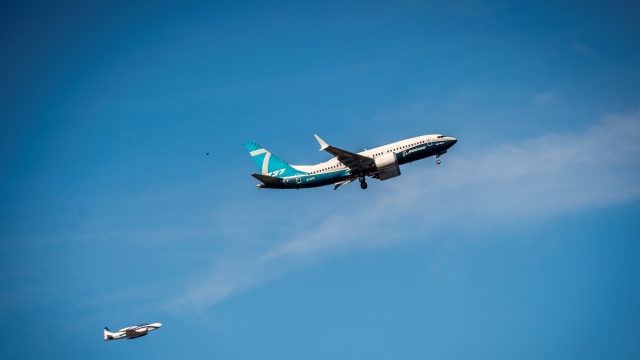 Internal communications between Boeing employees are raising more questions about its 737 Max jet.

Some employees joked about deceiving U.S. regulators while the plane was being developed. One said in 2018, "I still haven't been forgiven by God for the covering up I did last year."

In another message, a chief technical pilot for Boeing vowed to go "face to face" with any regulator that tried to require simulator training for pilots flying the 737 Max.

Some communications show there was concern about the simulator itself. One employee asked another in 2018, "Would you put your family on a Max simulator trained aircraft? I wouldn't." The other replied, "No."

And employees in other messages criticized the plane, calling it a "piss poor design" and saying it was "designed by clowns, who in turn are supervised by monkeys."

The communications were released to Congress, which is investigating the design and certification of the plane following two crashes that killed 346 people.

Rep. Peter DeFazio, the chairman of the House Transportation Committee, said the messages, "show a coordinated effort dating back to the earliest days of the 737 MAX program to conceal critical information from regulators and the public."

Boeing, meanwhile, called the messages "completely unacceptable." It's currently working to get the 737 Max recertified. As part of that process, the company is now recommending simulator training for all 737 Max pilots.