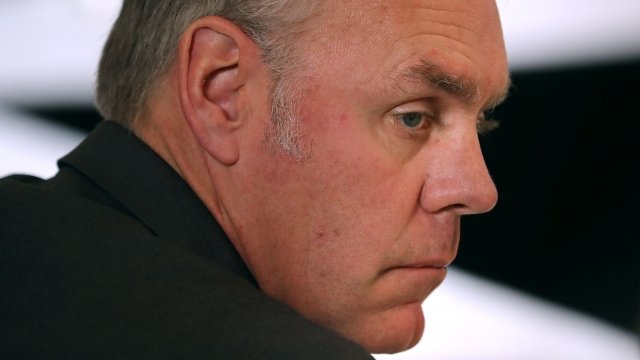 A spokeswoman said Zinke wasn't aware of the cost of the contract, which includes replacing three sets of doors in Zinke's Washington, D.C., office — two of which open onto a balcony.

Another unnamed official told the AP the project had been planned for two years.

Zinke has come under scrutiny for his overuse of taxpayer dollars since taking office. He spent $53,000 on three helicopter rides in 2017.

And other Trump administration officials have faced similar scrutiny. Most recently, Housing and Urban Development Secretary Ben Carson canceled an order for a more than $31,000 dining room set for his office.