Another Cabinet Member Under Investigation For Taxpayer-Funded Flights 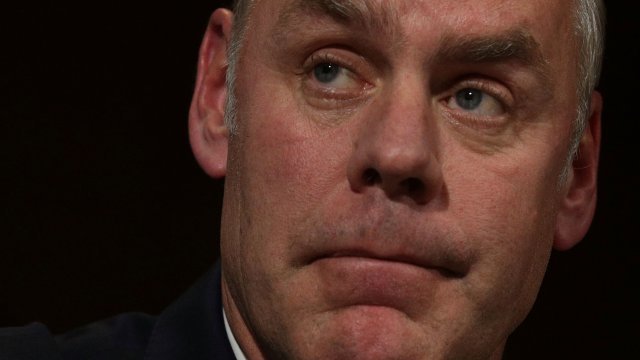 SMS
Another Cabinet Member Under Investigation For Taxpayer-Funded Flights
By Gabrielle Ware
By Gabrielle Ware
October 2, 2017
The Department of Interior is investigating months' worth of Secretary Ryan Zinke's travels.
SHOW TRANSCRIPT

Another member of President Donald Trump's Cabinet is under investigation for the use of taxpayer-funded private flights.

Interior Secretary Ryan Zinke's travels are being investigated by his department's inspector general. It follows numerous news reports that he chartered a more than $12,000 flight from Las Vegas to his home in Montana.

A spokesperson from the inspector's office said it's looking into months' worth of travel.

The probe began the same day former Health and Human Services Secretary Tom Price resigned after Politico reported he billed taxpayers for more than $1 million worth of flights in private jets.

Zinke has defended his travels as within department policy and said media scrutiny was "a little B.S."

Zinke is one of several members of President Trump's cabinet who have faced questions about their travel since Price's exit.