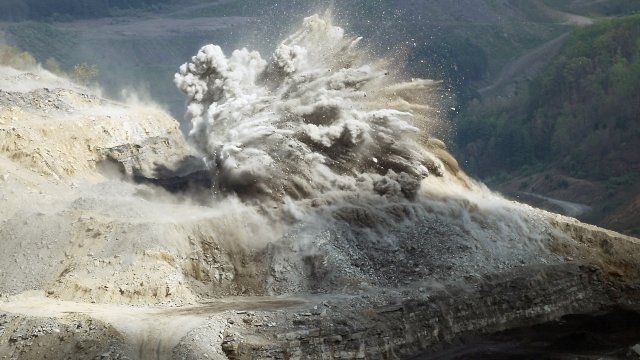 The Interior Department hasn't sufficiently explained why it canceled a more than $1 million study into public health impacts of mountaintop removal coal mining, according to the agency's internal watchdog.

Let's back up: Last August, the Interior Department halted the ongoing study that was looking into the potential health risks for people living near mountaintop removal sites in Appalachia.

The mountaintop removal technique is pretty self-explanatory. It's any method of surface coal mining that blasts off mountaintops in order to extract coal.

But the process is controversial because it can send toxic debris into rivers and streams and on top of homes and other buildings.

Fast forward to June 2018: The Interior's deputy inspector general said in a letter officials decided to end the study because they didn't think it would produce new information and "felt costs would exceed the benefits." But the letter added those officials weren't able to provide "specific criteria" for canceling the study.

The letter also said canceling the study "wasted" more than $450,000 because a final product wasn't produced.

A spokesperson for the Interior Department defended the decision, telling Reuters the study was "duplicative" and taking funding away from more important projects.