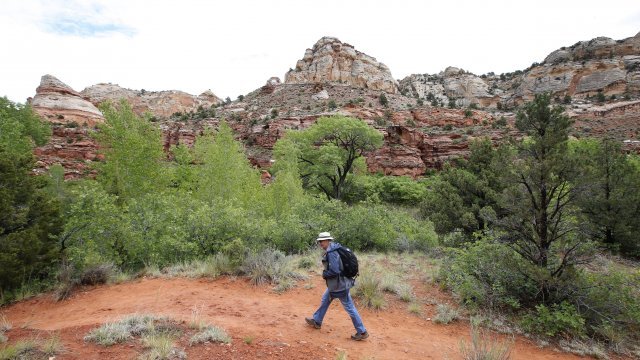 SMS
10 National Monuments Could Be Losing Certain Important Protections
By Gabrielle Ware
By Gabrielle Ware
September 18, 2017
The Secretary of Interior suggested shrinking four monuments and allowing commercial activity on 10 of them.
SHOW TRANSCRIPT

Secretary of Interior Ryan Zinke recommended at least four land monuments be shrunk and that 10 sites allow commercial activity. His recommendation came after President Donald Trump signed an executive order in April to review monument designations from the last 21 years that are at least 100,000 acres.

Marine sites in the Pacific Ocean and Hawaii are also included in the report. The U.S. Fish and Wildlife Service referred to one of those sites as "one of the last frontiers and havens for wildlife in the world."

Zinke's report states "certain monuments were designated to prevent economic activity." He argues presidents shouldn't restrict that type of usage "unless such action is needed to protect the object." 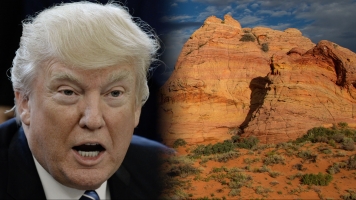 Patagonia Is Going After Trump For His National Monument Plans

Presidents have the power to protect public lands and waters that face imminent threat thanks to the Antiquities Act. But the act doesn't explicitly let the president rescind those protections.

Obama's designation of Bears Ears was meant to protect thousands of archaeological sites; however, some local officials complained about the loss of potential energy and mining jobs.

No other president has gone this far in limiting monument protections, according to an official at the National Parks Conservation Association. And opponents worry Trump may go even further and completely remove some designations.

The White House is currently reviewing the recommendations.