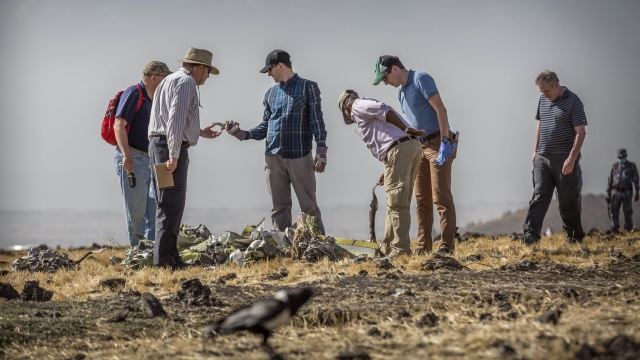 Investigators say design flaws in the Boeing 737 Max plane are to blame for an Ethiopian Airlines plane crash last year, according to an interim report released Monday.

The report said the Ethiopian jet had a "valid certificate of airworthiness," had no known technical problems before departure and its weight and balance were within the operating limits.

However, Ethiopian officials found that the speed and altitude alerts did not work. The report also said that an automated safety feature designed to prevent the plane from stalling also failed. A preliminary report released in April showed that the system pushed the nose down based on faulty readings. The plane from Indonesia also had that automated system installed.

Boeing is facing a $20 million fine from the FAA and lawsuits from families who lost loved ones. It's also facing a class-action lawsuit from pilots who say the company's practices put peoples' lives at risk.