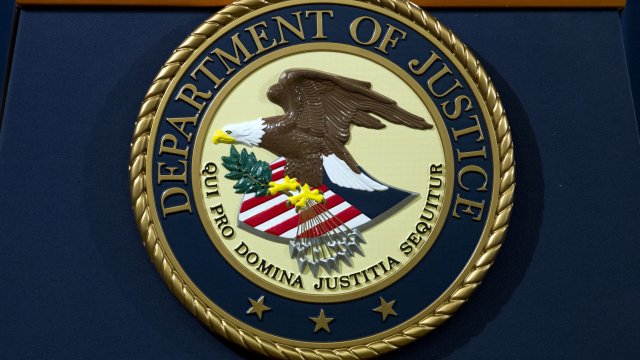 Anyone who threatens or attempts to spread the coronavirus could be charged with terrorism.

That's according to a Justice Department memo obtained by multiple news outlets. In it, Deputy Attorney General Jeffrey Rosen wrote the virus appears to meet the statutory definition of a biological agent.

Authorities in multiple states — including Illinois, New Jersey and Missouri — have reported instances of people claiming they were infected and intentionally coughing on others or licking store items.

The Justice Department is also cracking down on scammers trying to profit off the pandemic through illegal methods like price fixing or bid rigging.