Intelligence Officials May Be Keeping Sensitive Information From Trump 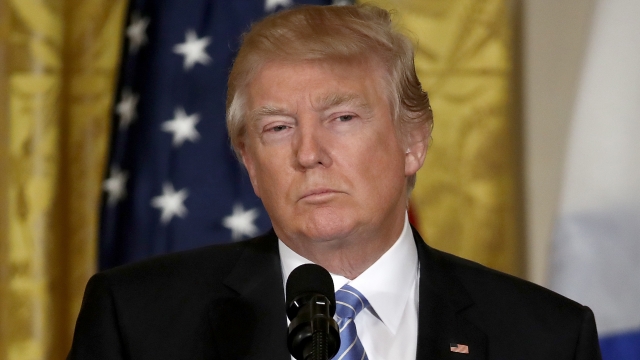 According to The Wall Street Journal, officials are withholding certain intelligence from the president over concerns that it could be leaked.

According to a report from The Wall Street Journal, officials are withholding certain intelligence over concerns that it could be "leaked or compromised."

To be clear, the sources told the outlet that, as far as they know, the president has been fully informed of all crucial security threats. But officials reportedly withheld some details about how the intelligence information was gathered.

The Wall Street Journal reports that keeping intelligence gathering details from the president is not exclusive to Trump, noting that sometimes "secrecy is essential for protecting a source."

A White House official denied the allegations, telling the Journal, "There is nothing that leads us to believe that this is an accurate account of what is actually happening."

President Trump's team is "concerned" about leaks — but it hasn't always been that way.

And a spokesperson for the Office of Director of National Intelligence told the outlet, "Any suggestion that the U.S. intelligence community is withholding information and not providing the best possible intelligence to the president and his national security team is not true."

But the report adds fuel to the idea that there's an ongoing feud between Trump and the intelligence community.