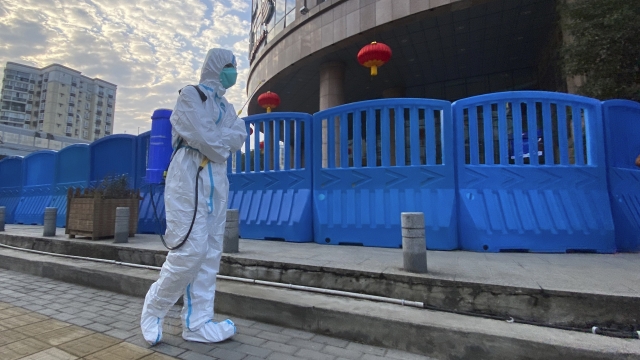 SMS
Intelligence Community: COVID-19 Origins Are Still Unclear
By Sasha Ingber
By Sasha Ingber
August 27, 2021
A recent report did confirm that Chinese officials were unaware of the virus before the outbreak began.
SHOW TRANSCRIPT

How did COVID-19 begin? A declassified summary assessing its origins shows the intelligence community still isn't sure.

Friday’s report says there's no consensus on whether it emerged naturally from human contact with animals or from an accidental lab leak at the Wuhan Institute of Virology.

The two-page report says analysts and scientists lack clinical samples but that COVID-19 was "not developed as a biological weapon" and that Chinese officials didn't know about the virus before the outbreak began.

The report, from the Office of the Director of National Intelligence, says Beijing continues to hinder the global investigation. The country is frustrated "the international community is using the issue to exert political pressure on China."

President Biden was briefed earlier this week. He responded to the report in a statement writing, "The world deserves answers, and I will not rest until we get them."