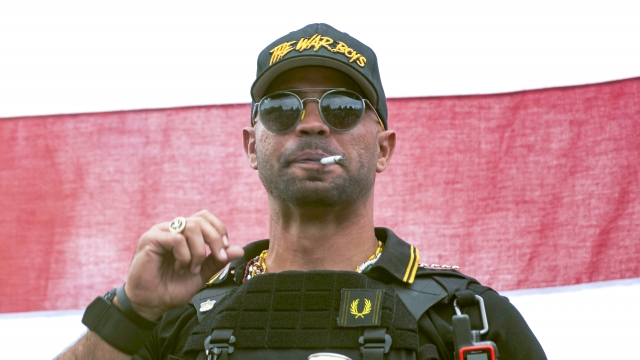 The government says perceptions of fraud in the election are driving domestic extremists, in the wake of midterms.

A new intelligence bulletin is warning that domestic extremists are heightening threats before the election.

The federal government sent the bulletin to state and local officials on Friday, the same day that an intruder attacked House speaker Nancy Pelosi's husband with a hammer in their San Francisco home. The joint memo from the FBI, Department of Homeland Security, National Counterterrorism Center and U.S. Capitol police warns that the "most plausible" danger comes from "lone offenders who leverage election-related issues to justify violence."

Experts tell Newsy voter intimidation is another major concern. Heidi Beirich, co-founder of the Global Project Against Hate and Extremism, says a trend is emerging, where the line is blurring between extremists and some who claim without evidence that the 2020 election was fraudulent, especially in the swing state of Arizona.

"Arizona has become a real hotbed for election deniers, and they're really mixed up with bonafide extremists like Proud Boys, people who are into QAnon conspiracies, anti-government militia types," Beirich said.

Saad Aljabri built a security system to catch terrorists. His son says the crown prince is using it to hunt dissidents.

Beirich says dozens of organizations that deny the legitimacy of the 2020 election have sprung up across the country, inspired by former President Donald Trump. But Arizona is the headquarters for numerous anti-government groups, including the Constitutional Sheriffs and Peace Officers Association, which she says has recruited law enforcement.

"There are people involved in the group — sheriffs, it seems like from every single state," Beirich said. "What's been going on lately is CSPOA and another sheriff's organization have decided that they believe in election denialism. The 2020 election was rigged and that they're going to get sheriffs involved in rooting out voter fraud, which could lead to potentially some ugly conflicts between law enforcement and people who are trying to cast their vote."

In other swing states, like Wisconsin, poll workers are preparing to handle potential disruptions.

"If there is an election disturbance, if someone's refusing to leave the polling place and you've issued them in order to leave, we have a direct line and there will be officers that will respond to support you," said Claire Woodall-Vogg, head of the Milwaukee Election Commission in Wisconsin.

Milwaukee election workers are being trained to tape off sections where observers can stand.

"I have fears that there will be people outside of polling places who look intimidating, that they may carry arms because we're an open carry place and intimidate immigrants who are just became citizens," said Jaime Alvarado, a chief election inspector.

In Arizona, for example, armed activists have monitored ballot dropboxes, leading to complaints from groups like Voto Latino.

Threats of political violence may continue after the election, according to the intelligence bulletin, especially in states or counties that conduct recounts or audits. Extremists may target officials or organizations involved in vote counting or judicial figures involved in lawsuits.

The intelligence bulletin also warned that domestic violent extremists have made violent threats on people, places and businesses associated with abortion or LGBTQ+ issues. The Justice Department's Threats to Election Workers Task Force has reviewed more than 1,000 reports describing hostile or threatening behavior, indicating that election officials in states with recounts, audits and lawsuits — Arizona, Wisconsin and Georgia — were more likely to receive criminal threats.