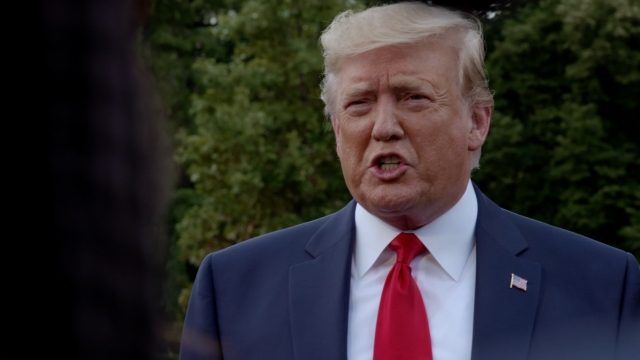 Former intelligence workers told Newsy they have heard of current workers being "pushed to the edge" to chase conspiracy theories.

Former intelligence workers tell Newsy they fear the Trump administration’s assertions that COVID-19 started in a Wuhan lab stem from ideology, not intelligence.

"My opinion is they made a mistake, they tried to cover it, they tried to put it out. It’s like a fire. It’s really like trying to put out a fire. They couldn't put out the fire," said President Donald Trump.

"I can tell you that there is a significant amount of evidence that this came from that laboratory in Wuhan," Secretary of State Mike Pompeo told ABC News.

The Office of the Director of National Intelligence made a rare statement announcing that the community is exploring two theories: that the virus emerged from a Wuhan lab accident or that it jumped from animal to human. The government’s top epidemiologist, Anthony Fauci, told National Geographic that for the virus to have leaked from a lab, "That means it was in the wild to begin with.”

A former national security official from the Bush administration tells Newsy President Donald Trump and Secretary of State Mike Pompeo’s remarks may be based on fragmentary intelligence — including intercepted signals and human sourcing.

But a former medical intelligence analyst says more evidence points to the virus evolving in nature — and that the president may have been citing untrustworthy “rags or blogs” to deflect blame from the U.S. pandemic response.

Newsy also learned that two former intelligence workers have heard of current workers being “pushed to the edge” to pursue conspiracy theories of the origins of the virus.

Concerns have been raised over the safety protocols of Chinese labs that were studying coronaviruses before the outbreak started nearby. China denies allegations of a leak.

But that hasn’t stopped President Trump from blaming the country for the pandemic. An ODNI spokesperson told Newsy the president was first briefed by the intelligence community on Jan. 23. A recent Department of Homeland Security intelligence report accuses Chinese authorities of concealing the severity of the health crisis, all the while accumulating medical supplies.

The Communist government has also prevented scientists from sharing information and suppressed doctors who sounded alarm bells, in addition to expelling American journalists from the country.