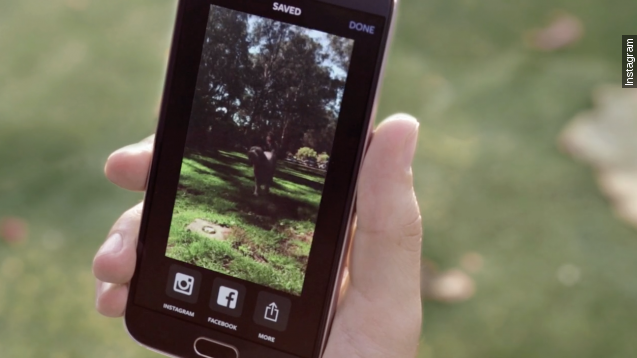 In what can only be seen as a declaration of war against the GIF, Instagram has launched a new video-sharing app called Boomerang.

And, yes, we did say "new app," as in separate from Instagram. The blog post announcing Boomerang gets right to the point (i.e. the assault) with its opening sentence: "It's not a photo. It's not a gif. It's a Boomerang."

It's called boomerang because much like an actual boomerang, the video comes back to you — or, rather, it replays. Boomerang captures a series of photos and puts them together in a one-second video that plays forward and backward in a never-ending loop.

Is it just me, or do social media videos keep getting shorter? Instagram's 15-second videos: Seriously, guys? Snapchat's 10-second videos: You've got to be kidding me. Vine's six-second videos: Are we done yet? Clearly, we're all far too busy to sit through videos lasting longer than a second. (Videos via Instagram and Snapchat)

Instagram says Boomerang is perfect for turning a boring ol' selfie into something more dynamic. It also apparently goes rogue on Sir Isaac Newton himself: "Capture a friend jumping off a diving board, defying physics as she flies back and forth through the air."

Boomerang is now available for both iOS and Android, so go take some one-second looping video.