Inspectors Not Allowed Into Suspected Chemical Attack Site Just Yet 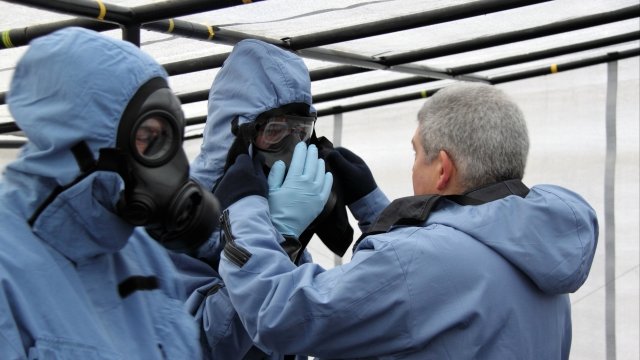 SMS
Inspectors Not Allowed Into Suspected Chemical Attack Site Just Yet
By Ethan Weston
By Ethan Weston
April 16, 2018
The Russian military says the inspectors will be allowed into Douma, Syria, on Wednesday.
SHOW TRANSCRIPT

An international team of inspectors have been told they can't visit the site of last week's suspected chemical attack in Douma, Syria, just yet.

The team is reportedly waiting nearby in Damascus for permission to enter. The Russian military said they'd be allowed in Wednesday.

Until they're allowed onto the site, Syrian authorities have told the inspectors they could interview 22 witnesses who would be brought to Damascus.

Russia's foreign minister told the BBC that "Russia has not tampered with the site." Syria and Russia say there are still security concerns to take care of before the team can inspect the area.