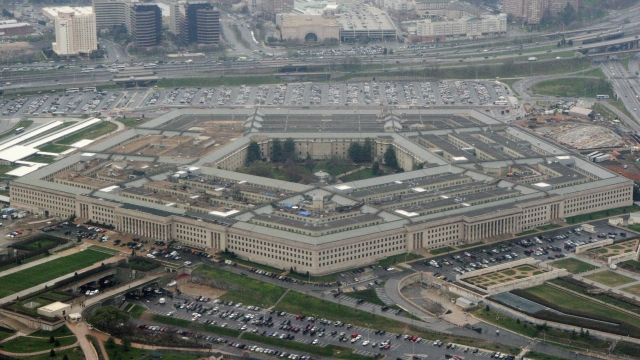 Nearly a month after lawmakers called for an investigation into the defense department’s CARES Act spending, the Pentagon’s inspector general announced it will audit whether the money was appropriately used.

The IG’s office says the audit aims to decide if the “coronavirus aid, relief, and economic security act funding to increase the defense industrial base manufacturing capacity” was used “in accordance with federal regulations and defense production act authorities.”

Adding: “We may revise the objective as the audit proceeds, and we will also consider suggestions from management for additional or revised objectives.”

This comes after House Democrats questioned the Pentagon’s use of 1 billion dollars to pay defense contractors for non-COVID-related supplies, allegedly including jet engine parts, body armor and dress uniforms. This led to demands for an investigation.

In May,  the Defense Department released their CARES Act spending plan which detailed where $10.5 billion in emergency funding was allocated, including to protect military, civilian employees and their families, safeguard national security capabilities and support the president’s response to the pandemic.

Two months later, Sen. Elizabeth Warren and Rep. Ro Khanna sent a letter asking the IG to “examine the details of this influence-peddling to ensure that taxpayer funds are distributed in a manner that best serves families and our economy, rather than the personal financial interests of well-connected insiders.”

Warren tells newsy she and Rep. Khanna of California are glad the Inspector General is investigating and added, “there must be a thorough investigation and DOD officials must be held accountable if they used money for PPE and medical supplies to line the pockets of defense contractors.”

The Pentagon continues to assert it has been completely transparent with its spending. Also, there has been no word on when the Inspector General expects to publish the audit results.