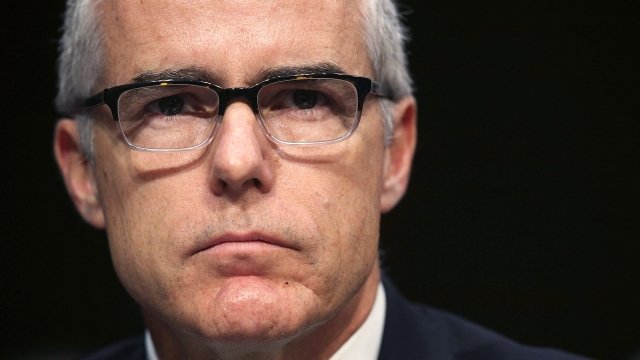 The Department of Justice's inspector general has reportedly been investigating former FBI Deputy Director Andrew McCabe's part in the bureau's investigation into Hillary Clinton-related emails in 2016.

McCabe stepped down amid scrutiny over his actions relating to those emails, which were uncovered after former congressman Anthony Weiner was being investigated for having inappropriate online contact with a teenage girl.

The revelation that the FBI was again looking into emails relating to Clinton is seen as being a factor in the 2016 election. McCabe reportedly did not act on a request to look into those emails for about three weeks.

Inspector General Michael Horowitz has been trying to figure out if that delay was intentional, specifically if McCabe was trying to wait until after Nov. 8 to reopen the investigation.

Horowitz is expected to release a report about his inquiry into the FBI's handling of the Clinton investigation in the spring.