Inside The Gym That Combines Sobriety And Fitness 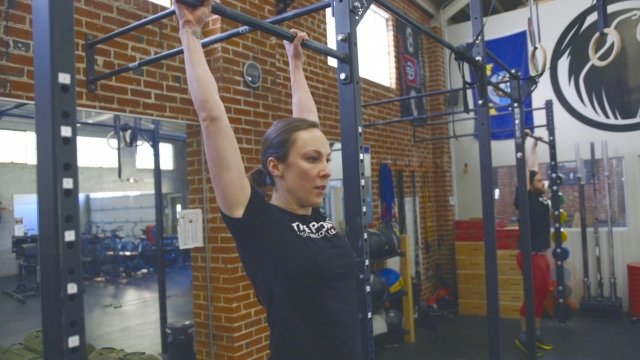 SMS
Inside The Gym That Combines Sobriety And Fitness
By Lindsey Theis
By Lindsey Theis
January 4, 2019
This nonprofit gym offers free workouts to anyone 48 hours sober, and it's helped more than 20,000 people in 20 states.
SHOW TRANSCRIPT

The new year is upon us, and plenty of people have made resolutions to exercise more and get in shape. But The Phoenix is helping some people make an even bigger change. The nonprofit combines sobriety and fitness in a gym setting, and its founder says it's helped more than 26,000 people to date.

"I grew up in Pennsylvania. Started drinking and drugging pretty young, and then that path sort of led me to working on ships and in shipyards, and that landed me in New England," founder Scott Strode told Newsy.

"For me, getting into a boxing gym and learning how to rock climb and eventually race and triathlon was a huge part of my recovery story. And after a few years sober I moved to Colorado, because you can do all that stuff here. This is a little over 12 years ago. There really wasn't a community of folks in recovery that were sort of bolstering each other and supporting each other in that recovery journey. And so for us it's more about actually the community than it is the activity the activity is just a way to build a bond."

The gym is free and open to anyone who's 48 hours sober. Strode says it's counted former inmates, homeless individuals and affluent businessmen among its members.

Amanda Hall first walked in the doors of The Phoenix about four years ago. Now she spends about five days a week in classes and credits the active community with helping her overcome addiction.

"I came in for my first workout and I was terrified and I hid behind a wall for the first half of it. And then it was really just about the community, and as I was able to make these connections, I was able to come out and do more workouts," she said.

"The beautiful part about this is that, like, if you want to talk about it ... we're all here. But it goes from kind of defining yourself as, 'I'm an addict, I'm an alcoholic, I'm this, I'm that,' to coming in and everybody's just a cross-fitter or a climber or a weightlifter, and you get to really grow and get this different view of yourself."

Research on the relationship between substance use and exercise is growing. Some studies show that working out might reduce the risk of developing a substance abuse disorder. And according to a surgeon general's report on mental health, being in groups can lessen feelings of isolation and help people cope with substance abuse recovery.