Inside The Search For The Parents Separated From Children At Border 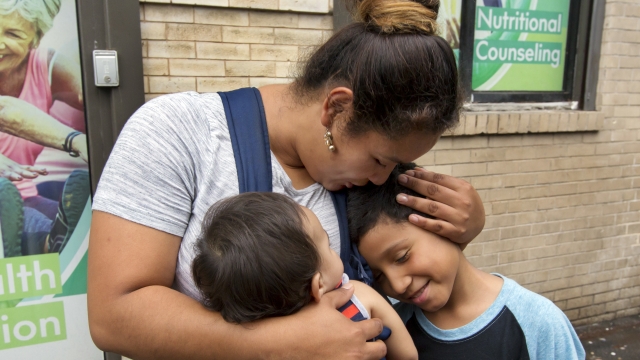 Sandra Ortiz and Bryan Chavez are among the four migrant families recently reunited in the U.S. by the Biden administration.

The reunion came nearly four years after they were separated by the Trump administration as part of an effort to deter illegal immigration.

More than 1,000 families have yet to come back together — and Newsy has learned at least three dozen families will get the chance to reunite in the coming weeks.

"I'm hopeful that within the next three or four weeks, we will see another three dozen families come back," said Lee Gelernt of the American Civil Liberties Union.

Lee Gelernt is the lead counsel in an ongoing class-action lawsuit the ACLU brought against the Trump administration's family separation policy. The ACLU is now in settlement negotiations with the Biden White House.

The Biden administration says these initial reunions are just the beginning of an ongoing effort to unravel Trump's "zero-tolerance" policy. The measure was officially in place from April to June 2018, though a pilot program started a year earlier separated some families, too. More than four years after these measures, the whereabouts and status of many families remains far from clear.

"The record keeping for the families that the government deported was very poor," explained Cathleen Caron.

Cathleen Caron founded Justice in Motion, the court-appointed organization leading the effort to find and reunify families separated at the U.S.-Mexico border. In some cases, the full names and exact locations of deported parents were not recorded.

"The worst record-keeping was, 'Jose, sent back to Guatemala,'" said Caron. "Almost three years into this, we're still searching."

Initial searches began after the policy was reversed in 2018. Dora Melara, an attorney working with the nonprofit, has been scavenging Honduras for dozens of parents separated from their children.

"We are climbing the mountain now and entering a dirt road," says Melara in a video she recorded documenting her searches in Honduras. "We finally reached the community where the father we are looking for lives."

Her quest often starts with little information — just the name of the child and parent, and the parent's last known location. She'll travel there and talk with community members, hoping someone will offer a clue.

"Sometimes the parents only give us the name of a community or a city, not an exact address," Melara explained in an interview. "Some parents have left their homes because of security concerns. It's like a step-by-step investigation starting from zero."

Some parents don't want to be found: They're hiding from the danger they tried to escape years ago by crossing into the U.S. Others live in remote areas that are hard to reach. More commonly, they just don't trust her.

"One of the cases that motivated me most was finding and talking to one father who didn't have internet access and hadn't been able to communicate with his son," said Melara. "We helped him arrange a video call with his son. When they connected, the mother and sister also joined the call. It was very emotional because they had not seen each other for a while. The sister's initial reaction was: 'Wow! Look how much you've grown!'"

Keldy Mabel Gonzáles Brebe de Zúniga recently reunited with her sons in the U.S. They were separated at the border nearly four years ago.

Reuniting with her sons, Mino and Erick, required traveling across the border — a sign of hope for a better future, but a painful reminder of her family's greatest trauma.

"She was really scared that she was just going to be detained at the U.S. border," explained Linda Corchado, Gonzáles Brebe's immigration lawyer. "There is fear. It's hard to coach Keldy into trusting a government that separated her from her children."