Innocent Owners Fight To Get Their Seized Property Back 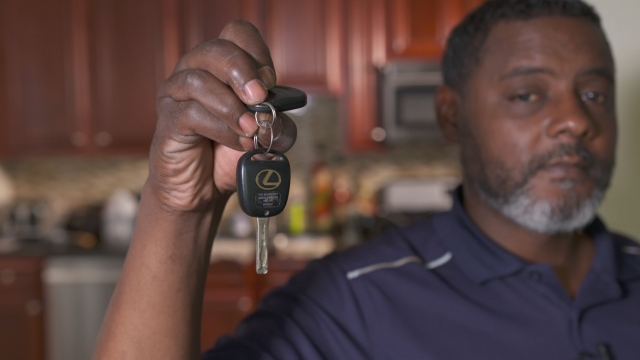 The Davises weren't driving their car when it was impounded, but they got stuck with the bill anyway — a bill that eventually rose to $11,000.

Jerome and Veronica Davis took their car to an auto body shop for repairs back in June 2018. But thanks to one irresponsible shop employee and a maze of judges, fees and court dates, they still don't have their car back.

Their story is one of many in Chicago and around the country that show the vulnerability many property owners face when their car, cash or property is seized by authorities.

The Davis family's car was impounded after an auto body shop employee with a revoked license took it for a joyride without their knowledge. That employee was pulled over, and the car was taken.

VERONICA: "He kept telling me lies to keep me from knowing that it was impounded … I didn't find out until like two or three weeks later."

The Davises weren't driving the car when it was impounded, but they got stuck with the bill anyway — a bill that eventually rose to more than $11,000.

One course of action for families like the Davises to fight this kind of impounding or seizure of property is the "innocent owner defense." This defense is meant to protect people who have lost their property through no fault of their own. It gives property owners an avenue to get their seized items back.

But the city of Chicago doesn't recognize that defense, making it a useless explanation for the impound program. According to WBEZ, that impound program towed roughly 22,000 cars in 2017 and imposed about $28 million in fines and fees.

VERONICA: "You're not innocent until proven guilty because there's no innocent owner defense. So you're automatically guilty when you go in there. You don't have a fighting chance in hell … part of my constitutional right is to be proven guilty."

Diana Simpson is an attorney with the Institute for Justice. She's representing the Davis family and several others in a class-action lawsuit against the city of Chicago.

"Innocence should always be a defense for any kind of administrative penalty or fines and fees. The Davises should not have been charged with paying for the crime of somebody else, and the fact that they were and they lost their car because of it is really upsetting and unconstitutional. And it's something that needs to stop," Simpson said.

A majority of states across the country do have an innocent owner defense, but they place the burden of proof on the owner — which Simpson says is still unconstitutional.

"There's a clause in the U.S. Constitution called the excessive fines clause, and it prevents governments from applying what are deemed excessive fines to people. And anytime an innocent owner has to pay for the illegal activity of somebody else, that is, by the very definition of excessive fine, excessive," Simpson said.

In 38 states across the U.S., property owners must prove their innocence in order get their seized property back. On the other hand, there are just 12 states with stronger protections that place the burden of proof on the government instead.

"There are many other states that are making it more difficult for governments to forfeit property, particularly that of innocent owners. And there are some states that have even completely eliminated civil forfeiture and required a criminal conviction in order to forfeit property. And that kind of model should be implemented in every state," Simpson said.

Chicago's impound program and criminal forfeiture program operate independently of each other, and for innocent owners swept into either one, it can be a long and difficult system to navigate.

VERONICA: "It was one of those moments that I felt like … I felt like a victim that had been turned into a criminal."

The Institute for Justice expects this lawsuit to take years to resolve, which means Jerome and Veronica Davis may never get their vehicle back or be compensated for losing it.

VERONICA: "Even though my car is gone … I really just don't want nobody else to have to go through this. Like nobody should have to deal with this crap. It's not fair. Like, where's our constitutional rights? What rights do we have as citizens? Yeah. So you just gonna do whatever you want to do to us? Somebody's gotta fight back. Win or lose. I'm in it for the long haul."