10 Dead, 15 Injured After Van Drives Into Pedestrians In Toronto 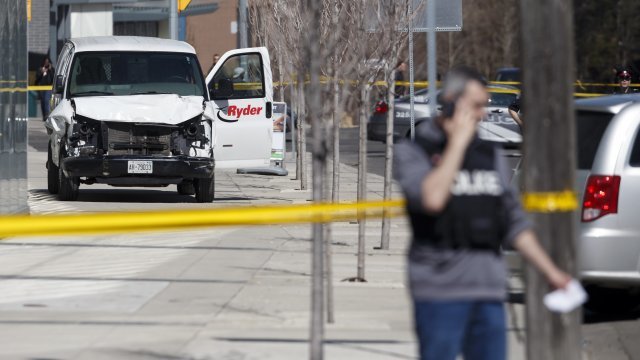 Police described the street where the attack happened as one of the busiest in the country.

Ten people were killed when a van drove into a crowd of people in Toronto on Monday afternoon.

The incident happened in the Willowdale neighborhood on the northern side of Toronto. Police described the street as one of the busiest in the country. Beyond those killed, 15 others were in the hospital with injuries Monday evening.

Police took the driver into custody less than a half hour after the first 911 call. Officials identified the suspect as Alek Minassian, a 25-year-old from Richmond Hill, Ontario, Canada.

Officials didn't release any information on a possible motive, and the Toronto police chief stressed the investigation is just getting underway.