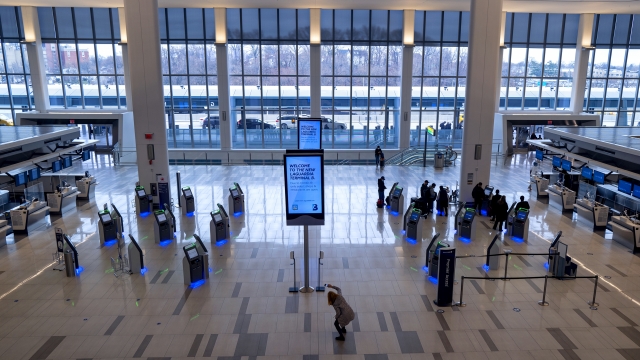 For years, LaGuardia Airport in New York City has been widely condemned as America's worst airport.

In the top — or should we say bottom — five are two more New York City area airports, John F. Kennedy and Newark; plus, Chicago O'Hare in the Midwest and Los Angeles' LAX on the West Coast.

But what makes an airport bad? Or the worst?

Anderzen says infrastructure challenges put these airports at the top of the list.

"Our need for airport infrastructure has been rapidly increasing in the years prior to COVID," he continued.

In other words, U.S. airports were built for 1940s travel. Now, air travel is completely different.

Larger terminals are needed and, in the middle of the pandemic, people want more space.

"Building out our terminals to have a greater capacity also means that we would provide maybe wider corridors, a little bit more space and screening so that we don't have to stand as packed," Anderzen said.

To provide better passenger experience, LaGuardia is almost done with a $5.1 billion transformation project that includes a new 35-gate Terminal B.

Terminals C and D will be consolidated into one brand-new facility with a centralized TSA checkpoint.

Newark Airport, which serves New Jersey and New York City, is also getting an upgrade. It will have a new, 33-gate flagship terminal and parking garage. American Express cardholders can access the world's largest Centurion lounge, with a piano lounge and top-end buffets.

Denver is adding 39 new gates, and Seattle-Tacoma is doubling the number of its international gates. At LAX, there will be a consolidated security checkpoint and a connector between terminals 2 and 3 and the international terminal.

He added that, although it's a move in the right direction, the nation's aviation system has a funding gap of about $100 billion for the next 10 years.