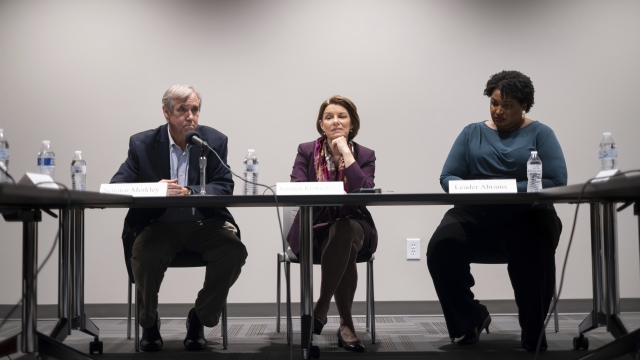 Some Democrats say voting rights — another Democratic priority — could be part of their infrastructure package.

"The election infrastructure could actually be in the Democratic package and that's part of the solution. The House is starting their hearings this fall on the John Lewis Act. And we are moving on that bill," said Sen. Amy Klobuchar.

Sens. Amy Klobuchar and Jeff Merkley held a roundtable about voting rights with Stacey Abrams and others in Georgia Sunday.

And timing is key here as Texas State lawmakers push Democrats in Washington to take faster action on voting reform.

Remember — those Texas Democrats left the state last week to block their Republican colleagues from passing an elections reform bill that they say would restrict voting in Texas.