To Save Endangered Animals, We're Learning To See Them In The Dark 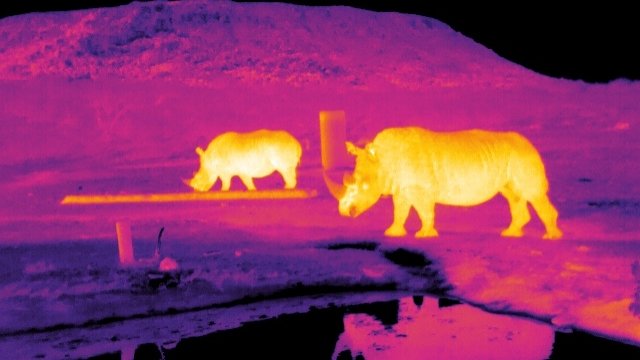 SMS
To Save Endangered Animals, We're Learning To See Them In The Dark
By Evan Thomas
By Evan Thomas
April 3, 2018
One of the best ways to find and count endangered mammals — and keep them safe from poachers — is to look for the heat they radiate.
SHOW TRANSCRIPT

We've seen the damage poaching can do. Illegally killing animals for their pelts or their ivory can wipe out whole species. Sudan the northern white rhino died recently as one of the last of his kind because poaching had devastated the rest of the population.

Scientists are helping fight this trend by learning to see in the dark. They're using heat-sensitive infrared cameras to track endangered species and the poachers who threaten them, even in the dead of night.

Researchers send drone cameras over wide areas and into hard-to-reach wilderness. They use software that was originally built for the delicate work of infrared astronomy to scan the footage for warm spots, which are either wild mammals or the humans hunting them.

They've taught their algorithm to automatically recognize animals. It can even spot animals that are hiding among cold plants. Now they're trying to get it to account for bad weather or hot backgrounds. 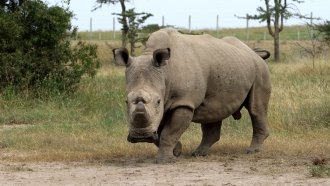 But it's already promising. For example, one species of African rabbit is so critically endangered that it's only been seen in the wild about 1,000 times. When researchers flew their animal detector over the rabbit's habitat, they made five new sightings.

Now they plan to use their drones to count orangutans and spider monkeys and, in what is sure to be a test of the software's abilities, river dolphins in the waterways of Brazil.