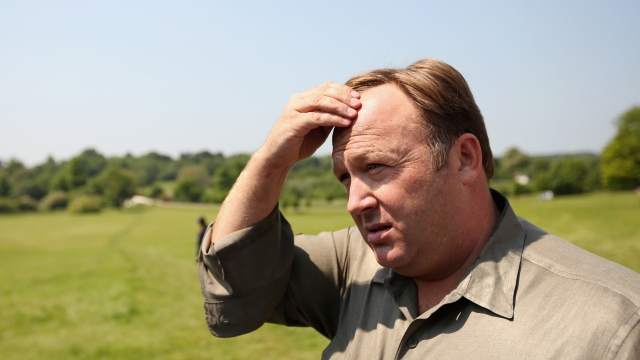 A Connecticut judge ruled that Jones and other defendants connected to InfoWars can be deposed for a total of 19 hours.

The case stems from Jones' previous claims that the 2012 Sandy Hook shooting was a hoax. Parents of children killed in the incident filed a suit against him, alleging that they've been harassed and threatened by InfoWars' supporters as a result of his comments.

Jones, a far-right conspiracy theorist, has since said he believes that the shooting happened. He tried to get the lawsuit dismissed in August, but was denied.

In January, the judge ordered Jones to hand over internal financial documents linked to InfoWars, as the plaintiffs try to prove that he profited from a conspiracy theory business model.

Attorneys for the plaintiffs requested that the depositions be scheduled for late February and March.