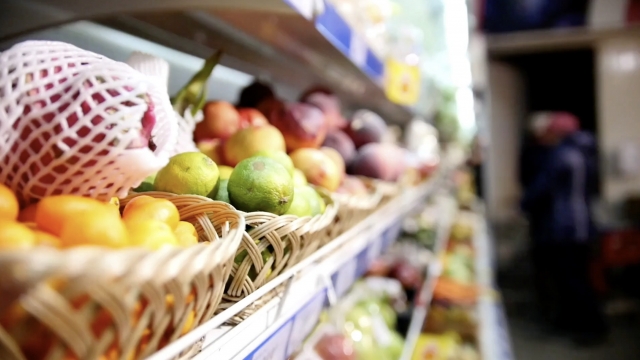 "I'm one of those people that don't get food stamps or anything," she said. "So, I come here to get whatever vegetables and stuff I can get."

She likes to keep food on hand for her ten great-grandchildren when they visit. The higher prices are a challenge for her and the Food Club.

"Back in December, a case of eggs for us was $23," Community Food Club Executive Director A.J. Fossel said. "It's gotten as high as $94 for a case, and we go through six cases of eggs a day here at the food club."

Food banks were starting to feel some relief as people returned to work when pandemic shutdowns lifted. But the surge in food prices came as COVID-19 disaster declarations ended, along with several programs that provided food to people in need. Now food banks are seeing a spike in demand.

"We've seen an increase of about 30% of the members that we serve since December," Fossel continued. "So we're up to a thousand households a month."

"Inflation right now is not only hurting our recipients," San Diego Food Bank CEO Casey Castillo said. "It's hurting our donors and their disposable income and what they can give and it's impacting us."

While some food banks report donations remain steady, the cash donations don't go as far because of inflation. And higher fuel costs are making food collection and distribution more expensive.

National food bank network "Feeding America" is calling on Congress and the U.S.D.A. to restore hundreds of millions of dollars worth of commodity foods that were lost when temporary food programs ended.

In the meantime, everyone is doing what they can to make ends meet.

"I've been coming here two years I think now. So, it helps out a lot when you have nothing else," Dutcher said.