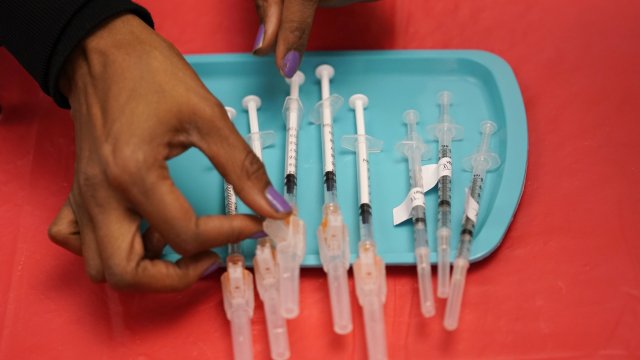 An infectious disease expert says the U.S. needs to speed up its vaccination rollout and get as many first doses out as possible to people over 65.

Cases and hospitalizations have dropped in recent weeks. But the CDC says more than 400 cases of a variant first discovered in the U.K. have been reported in the U.S.

is gonna happen in the next 6 to 14 weeks." Said Osterholm "And if we see that happen, which my 45 years in the trenches tell us, we will, we're going to see something like we have not seen yet in this country."

The president has pledged 100 million vaccine doses in his first 100 days in office.

So far, just over 25 million people have received at least one dose of a vaccine. That's about half the number of doses that have been distributed.