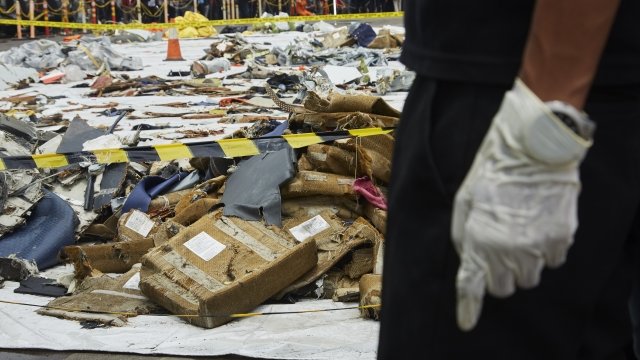 The new Boeing 737 that crashed into the sea last week in Indonesia killing all 189 people on board reportedly had a malfunctioning air speed indicator during its last four flights and at the time of the crash.

The 737 had two air speed indicators on board, one for the pilot and the other for the co-pilot. The NTSC chief said one of them should have reacted to the malfunctioning indicator.

It's not clear what caused the plane to go down. Still, Indonesia's safety committee told the U.S.' transportation safety board and Boeing to use the information to prevent another tragedy.

This comes after news that the plane was intact with engines running when it crashed 13 minutes after takeoff last week. Officials say there was some sort of technical problem but didn't elaborate.

Divers have found the plane's flight data recorder but are still searching for its cockpit voice recorder, which could lend a hand in determining the cause of the crash. They found a signal for the recorder over the weekend but lost it shortly after.