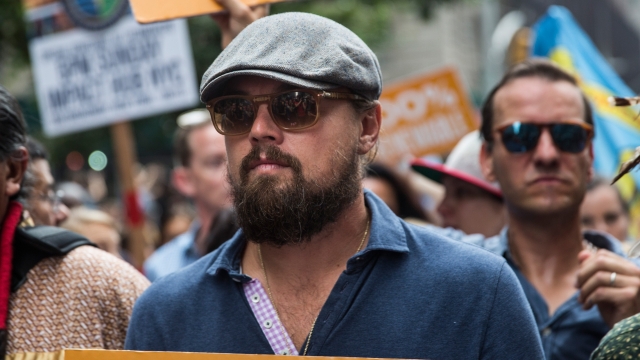 SMS
Indonesia Wants Leonardo DiCaprio To Stop Talking About Palm Oil
By Ben Lawson
By Ben Lawson
April 2, 2016
DiCaprio's push to protect an Indonesian rainforest might get him blacklisted from the country.
SHOW TRANSCRIPT

Palm oil has been a boon for Indonesia's economy, but the industry has been criticized because swaths of forests are often burned away to make room for plantations.

DiCaprio recently made a trip to a national park in Indonesia and posted several photos to his Instagram.

The caption on one said, "[This is] a world-class biodiversity hotspot, ... But Palm Oil expansion is destroying this unique place."

DiCaprio also tweeted a link to a Change.org petition addressed to the Indonesian president, which called for the area to be protected.

An Indonesian official told the BBC if the country considers the actor's comments as "incitement or provocation," DiCaprio could be blacklisted from returning.

The country warned it would kick out Harrison Ford over a 2013 interview with the forestry minister about illegal logging.

This video includes clips from Al Jazeera and NBCUniversal / "The Ellen DeGeneres Show" and images from Getty Images.