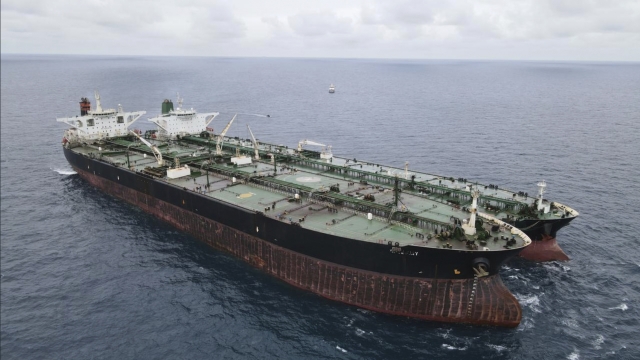 Indonesian authorities seized an Iranian tanker and Panamanian tanker on Sunday, suspecting them of carrying out an illegal transfer of oil in their country's waters.

A spokesman for the Indonesian Maritime Security Agency said the tankers are suspected of a variety of violations, including not displaying national flags, shutting off their identification systems and anchoring illegally.

They're also suspected of illegally transferring fuel between ships and spilling oil.

International sanctions have reduced revenue for Iran. The country has relied on black-market sales and deals with Venezuela to keep money flowing.

Iranian state television acknowledged the tanker's seizure, but the report did not elaborate.

Indonesian authorities escorted the two tankers to a nearby province for further investigation.