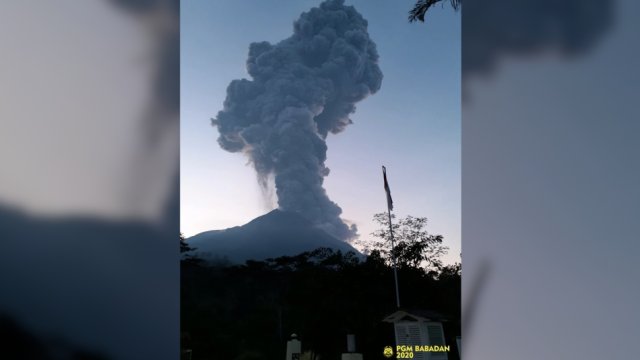 Indonesia's geological agency says the eruption of the country's most active volcano lasted about 7 and a half minutes.

Authorities told surrounding communities to remain calm and stay about 2 miles away from Merapi in order to avoid lava and potentially dangerous pyroclastic flows.

The agency also said there have been a series of eruptions since September which, along with seismic activity, indicate magma beneath Merapi is moving toward the surface. The most recent eruption was last month, but it had a smaller column height and only lasted about 2 minutes.

After Mount Merapi's last major eruption in 2010, more than 300 people were killed and hundreds of thousands of others had to evacuate.