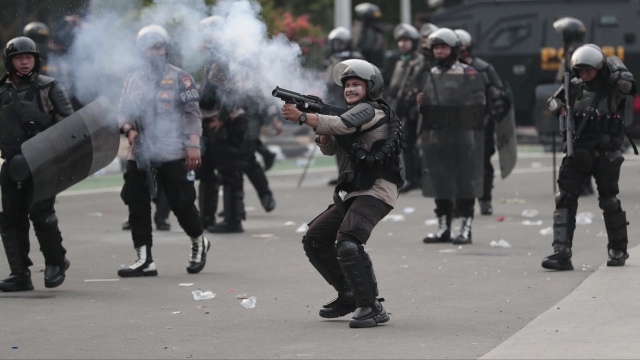 At least 60 demonstrators were injured and 400 were arrested at protests in the capital.

Organizers said tens of thousands of people were protesting in more than 60 locations across the archipelago as workers continued a national strike that began Tuesday.

The chaos comes in response to a sweeping omnibus bill passed Monday. The new law will amend 79 existing laws.

Lawmakers say the measure will create jobs, but protesters argue it will allow companies to cut pay, eliminate days off and hire contract works over of full-time employees.