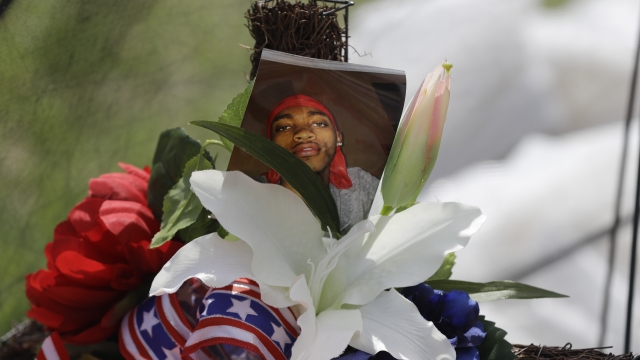 SMS
Indianapolis Officer Not Indicted In Dreasjon Reed's Death
By Johannah Grenaway
By Johannah Grenaway
November 10, 2020
The shooting was not recorded by any police camera, however, Reed did livestream an earlier car chase and part of the foot chase on Facebook.
SHOW TRANSCRIPT

A grand jury decided to not indict the Indianapolis Metropolitan police officer who fatally shot Dreasjon Reed in May. A special prosecutor appointed to the case in June made the announcement on Tuesday.

"I don't know how Mr. Reed's mother feels, but I am a mother of two black boys," Special Prosecutor Rosemary Khoury said. "I'm also very empathetic toward Officer Mercer. I know that had to be a difficult position to be in. Like I said, no one wins."

The shooting was not recorded by any police camera because the department only began using them in August. However, Reed did livestream an earlier car chase and part of the foot chase on Facebook though the officer cannot be seen.

The Black police officer, Dejoure Mercer, was chasing Reed, a 21-year-old Black man, and tried to use a stun gun on Reed twice. Then, Mercer said Reed shot at him twice.

Attorneys for Reed’s family say he did not fire at Mercer before the officer shot him. The family does not trust the police department and believe it is trying to conceal information.

The lawsuit alleges that the police department failed to adequately train, screen and supervise officers, including Mercer, to prevent them from engaging in excessive or deadly force.