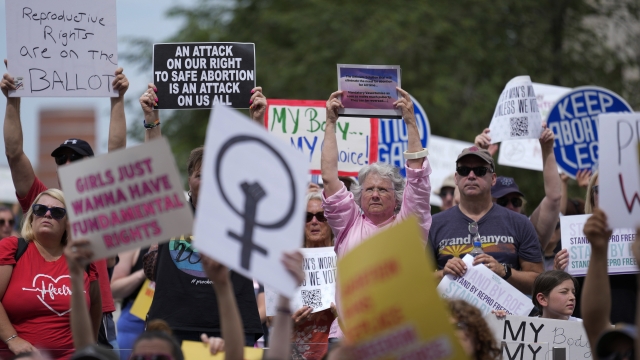 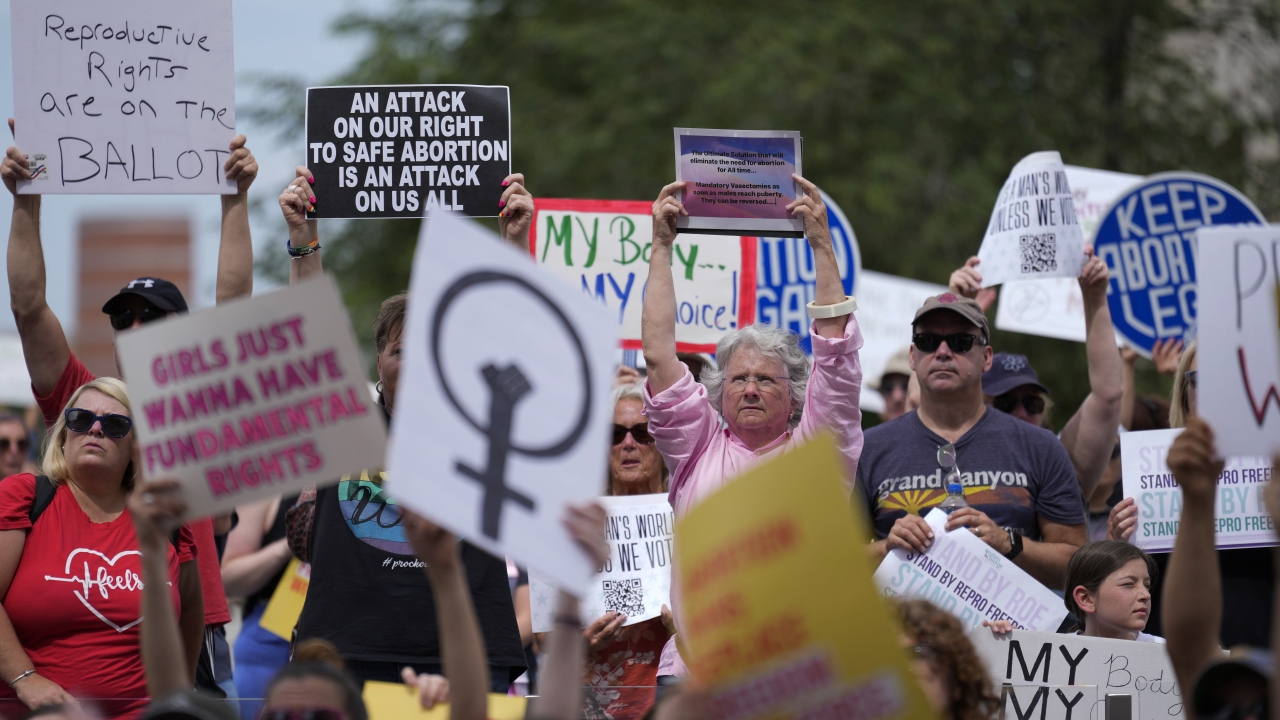 Leaders of Indiana's Republican-dominated Senate on Wednesday proposed banning abortion with limited exceptions — a move that comes amid a political firestorm over a 10-year-old rape victim who came to the state from neighboring Ohio to end her pregnancy.

The proposal will be taken up during a special legislative session that is scheduled to begin Monday, making Indiana one of the first Republican-run states to debate tighter abortion laws following the U.S. Supreme Court decision last month overturning Roe v. Wade. The Supreme Court ruling is expected to lead to abortion bans in roughly half the states.

The Indiana proposal would allow exceptions to the ban, such as in cases of rape, incest or to protect a woman's life. Its fate is uncertain, though, because some hardline Republicans want to ban all abortions.

Ohio's so-called fetal heartbeat law, which bans abortions after a fetus' heartbeat can be detected — typically in around the sixth week of pregnancy — led the 10-year-old rape victim to go to Indiana to get a medication-induced abortion on June 30, according to the doctor who performed it.

THIS IS A BREAKING NEWS UPDATE. AP's earlier story follows below.

Leaders of Indiana's Republican-dominated Senate were set to reveal Wednesday how aggressive they want a special legislative session to go in further restricting abortions as the state has drawn attention over a 10-year-old rape victim who came from Ohio to get an abortion.

Indiana will be among the first Republican-run states to debate tighter abortion laws following the U.S. Supreme Court decision last month overturning Roe v. Wade as legislators return to the Statehouse beginning Monday for a special session that could last three weeks. The Supreme Court ruling is expected to lead to abortion bans in roughly half the states.

Republican lawmakers have pushed through numerous anti-abortion laws over the past decade and the vast majority signed a letter in March supporting a special session on further tightening those laws. But legislative leaders and Republican Gov. Eric Holcomb have been tightlipped since the Supreme Court decision over whether they will push for a full abortion ban or allow exceptions, such as in cases of rape, incest or to protect a woman's life.

Indiana law generally prohibits abortions after 20 weeks of pregnancy, with tight restrictions after 13 weeks. Nearly 99% of abortions in the state last year took place at 13 weeks or earlier, according to a state Health Department report.

The leader of the state's most prominent anti-abortion group told reporters Wednesday it would pressure legislators to advance a bill "that affirms the value of all life including unborn children" while not taking questions on whether any exceptions would be acceptable.

"This is not the time when legislators should be drafting legislation that would appear that Roe versus Wade is still in place," Fichter said. "Roe is no longer in place. The Roe shield is no longer there."

Republican Senate leaders were expected Wednesday afternoon to discuss their proposal for abortion restrictions along with another providing "support for new and expectant mothers."

Democrats have criticized Republicans for meeting privately for weeks over the abortion legislation.

"If anything, what we should be spending our time on is preparing, strengthening our safety net before we began to take away access to abortion care in this state," said Democratic Sen. Shelli Yoder of Bloomington.

The state's debate comes as an Indiana doctor has been at the center of a political firestorm after speaking out about a 10-year-old child abuse victim who traveled from Ohio for an abortion.

A 27-year-old man was charged in Columbus, Ohio, last week with raping the girl, confirming the existence of a case initially met with skepticism by some media outlets and Republican politicians. The pushback grew after Democratic President Joe Biden expressed empathy for the girl during the signing of an executive order aimed at protecting some abortion access.

Dr. Caitlin Bernard, an Indianapolis obstetrician-gynecologist, said she gave the girl a medication-induced abortion on June 30 because the child couldn't get the procedure in Ohio under a newly imposed state ban on abortions from the time a fetus' cardiac activity can be detected. A judge lifted a stay on the Ohio ban after the Supreme Court's ruling.

Indiana's conservative GOP lawmakers have had a history of conflict over social issues. In May, they overrode a veto by Holcomb of a bill that banned transgender women and girls from participating in school sports that match their gender identity.

That came seven years after Indiana faced a national uproar over a religious objections law signed by then-Gov. Mike Pence that opponents maintained could be used to discriminate against gays and lesbians. The Republican-dominated Legislature quickly made revisions blocking its use as a legal defense for refusing to provide services and preventing the law from overriding local ordinances with LGBT protections.