Indian Workers Get Huge Raise — But Can The Government Afford It? 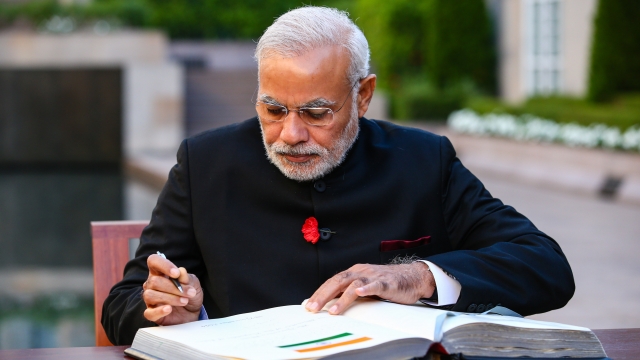 It's a balance of risk, reward and economic growth.

The hike was approved Wednesday, and government workers will actually see boosts in their pay dating back to the first of this year.

SEE MORE: "Why Do Names Of Indian Cities Keep Changing?"

But can the government afford it? It's a question of risk vs. reward.

The raises alone are expected to cost $15 billion over the length of the fiscal year. That's not ideal, since India already holds Asia's widest budget deficit.

The government wants to make sure the deficit doesn't go above 3.5 percent. But if other key parts of the nation's budget are cut, like investments in infrastructure, it threatens India's economic growth.

The good news is giving citizens more money boosts spending and saving. It's been estimated consumption will jump by as much as 1.5 percentage points between now and next March.

That money should theoretically keep revolving around India's citizens, which should make the economy grow.

The rub there, however, is the economy will have to become more productive to justify that wage increase. If the economy can't produce more — and with less — inflation will follow.

The currency would become less valuable, making it harder to buy and save. And the main benefit of the wage increase for the economy would vanish.