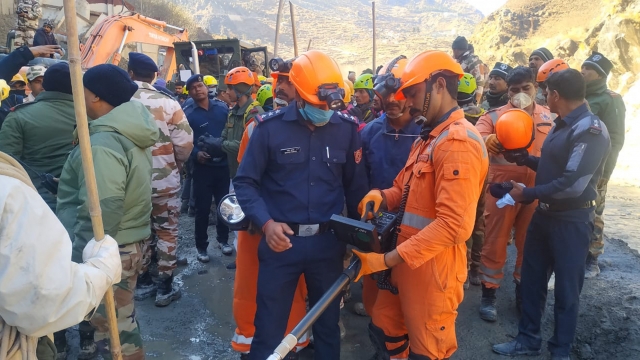 Rescuers in India are working to save 37 hydropower plant workers trapped in a tunnel.

They were stranded after a Himalayan glacier broke yesterday, sending water cascading down the mountain.

The flood picked up debris and buried the entrance of the tunnel. At least 18 people are dead and 165 are missing.