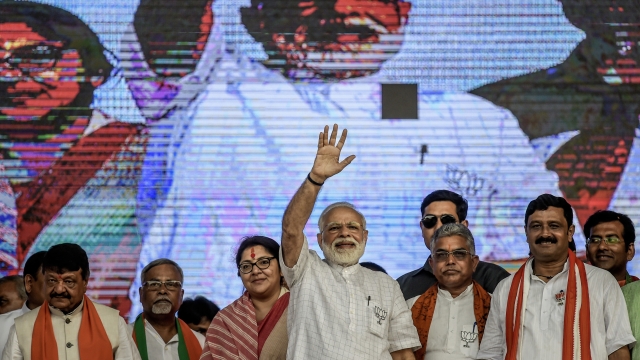 India's ruling Bharatiya Janata Party will remain in power after a landslide victory against the opposing Congress Party.

Prime Minister Narendra Modi, one of the most divisive leaders in recent Indian history, won with more than three times the votes of any other candidate. This means he gets another five years in office.

Modi became prime minister in 2014 after portraying himself as an economic reformer during the election. This time he — and the BJP — approached the election with a right-wing Hindu nationalist message.

The BJP gained seats in parliament, where it already held a majority. This was unexpected — according to The New York Times, most analysts predicted the ruling party would lose seats because of dissatisfaction with the economy.

As votes are still being counted, BJP leads in around 300 seats. By comparison, the Congress Party only leads in about 50 seats.