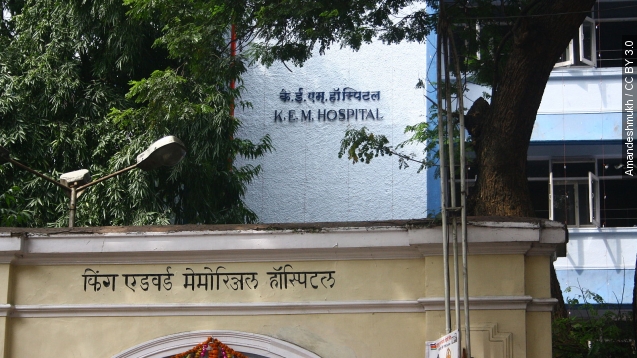 In 1973, Shanbaug was sodomized by a ward attendant at the hospital. He wrapped a dog chain around her neck to prevent her from escaping, which caused her brain damage due to lack of oxygen. He served seven years for his crime.

In 2011, the Hindustan Times reports, Shanbaug "became the face of a debate on euthanasia."

Zee News had the chronology. In 2009, author Pinki Virani sent in a petition to mercy kill Shanbaug.

She's the same person who wrote a book on Shanbaug.

Shanbaug's nurses were against euthanasia, describing her as a "child" to them, The Hindu reports.

In January 2011, a team of doctors examined Shanbaug and in February of that same year, submitted a report to the court against euthanasia. The plea for a mercy killing of Shanbaug was dismissed in March 2011, but it did allow "passive euthanasia under exceptional circumstances."

She died Monday after a heart attack and bout with pneumonia. The hospital's medical superintendent said she had also been on the ventilator the past few days.

According to a tweet from Asian News International, Shanbaug's last rites happened Monday morning at the hospital.

Two relatives came forward to take possession of her body, but The Indian Express says KEM hospital was given guardianship of Shanbaug. One hospital nurse said the staff was the only family she truly had.

Shanbaug was 67. She will be cremated after her final rites at the hospital.