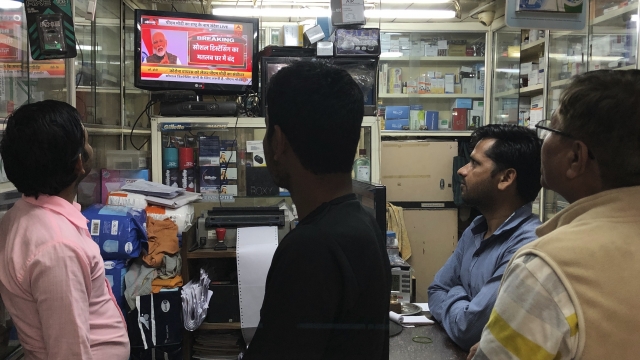 Starting Wednesday, India will begin a three-week lockdown to prevent the spread of the coronavirus.

Prime Minister Narendra Modi told his nation of 1.3 billion on Tuesday there would "be a total ban on venturing out" — effectively ordering almost one-fifth of the world's population to stay indoors or risk contracting the virus.

Officials said there hasn't been a localized spread of the disease. However, experts worry India's dense metropolitan areas and unreliable access to clean water make an outbreak likely.

As of Tuesday, India has over 500 confirmed cases of the virus, according to John Hopkins University. Ten people have died.