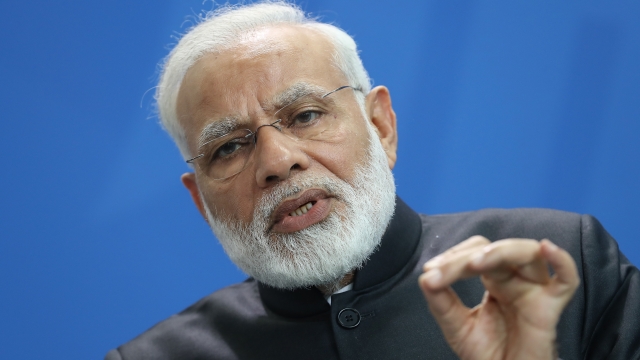 The satellite was destroyed in low-Earth orbit. India tested in the lower atmosphere to avoid leaving debris in space.

This makes India the fourth country to carry out this kind of test. The United States, Russia and China have conducted similar tests.

The timing of the announcement is controversial in India, where general elections start next month. Opposition leaders say the prime minister is trying to build his political clout prior to the vote. The move has also created criticism and concern about the possibility of weaponizing space.

One critic, not surprisingly, is India's neighbor Pakistan. The two nuclear powers most recently clashed just over a month ago in Kashmir, which is controlled by both countries. The rivaling nations have fought over the disputed region since the late 1940s.

Pakistan's Foreign Affairs Ministry addressed international space laws in a statement, saying, "Space is the common heritage of mankind and every nation has the responsibility to avoid actions which can lead to the militarization of this arena."