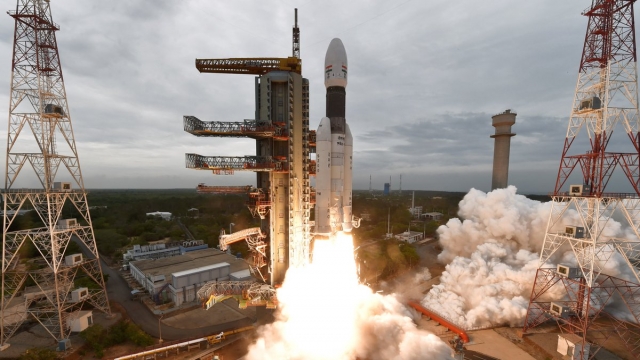 India successfully launched a rocket to the moon, a major step toward the country soft-landing a rover on the moon's surface.

The Indian Space Research Organization launched the unmanned Chandrayaan 2 Monday. It's the country's second mission to the moon.

The rocket's landing vehicle is expected to land on the moon's South Pole in early September. Then the rover will spend about two weeks collecting samples. The orbiter will orbit the moon for a full year.

Indian Prime Minister Narendra Modi congratulated the scientist behind the launch and said the moment "will be etched in the annals of our glorious history!"

India is set to become the fourth country to make a soft-landing on the moon, following the U.S., Russia and China.